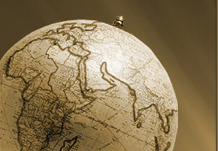 Understanding the Times (UTT) might well be the most widely-used worldview course created thus far. Its roots are in the one- and two-week programs offered by Summit Ministries at their Colorado headquarters and other sites. (I highly recommend these programs. Check Summit’s website for the current schedule at www.summit.org.) Understanding the Times is also the title of a book that can be read on its own but which is also used as an essential component of the UTT course. You can read my review of the core book Understanding the Times by clicking here.

The video-based version of the UTT curriculum was developed and improved over the years as it became very popular with both Christian schools and homeschoolers. In 2015 and 2016, Summit Ministries began releasing a new version of their book as well as their totally revised worldview course. They also added prequel and sequel books and course materials, although this review focuses only on the UTT course. UTT along with the prequel and sequel courses are recommended for tenth, eleventh, and twelfth graders.

The purpose of UTT—both book and course—is to equip Christians with an understanding of various worldviews and how those worldviews are reflected in real life. They emphasize the fact that ideas have consequences. The book and course are thoroughly Christian in their approach, always keeping in mind that we want to draw others to Christ.

The course used to rely on DVDs, the core book, and other readings, but now the entire course can be delivered online. It is also still available in hardcover options with streamed videos. The new course has been condensed and is much smoother to use than earlier editions. While the previous courses were primarily designed for use in some sort of group class, this new version can easily be used by homeschooling parents with only one or two students. Theoretically, a solitary student can even use the course for independent study. However, I think the course will work best with a teacher who has time to prepare, possibly adding explanations or discussion when needed.

This latest edition of Understanding the Times (both curriculum and the book) divides worldviews under six headings: Secularism, Marxism, Postmodernism, New Spirituality, Islam, and Christianity. The six worldviews are then explored across ten academic disciplines: theology, philosophy, ethics, biology, psychology, sociology, law, politics, economics, and history. The breadth of this course helps students understand how their belief system or opposing belief systems influence the way people think and act.

The course follows the sequence of the textbook. It first introduces the concept of worldviews then spends six chapters covering the six identified worldviews in general. After that, it dedicates one chapter to each of the ten academic disciplines, exploring them through the lenses of the different worldviews.

This 36-week course spends two weeks on each chapter of the text. (You could condense the schedule to one semester, but I would not recommend doing so.) Assignments for each week are shown on a schedule in the main menu in the online version and in the front portion of the hardcopy student manual. The schedule shows what should be accomplished as “homework” and what should be done “in class.” Of course, if a parent is working with only one student, the dividing lines become fuzzy, but there are definitely reading assignments that students should do on their own. They can watch videos on their own, although it might be best for parents and students to watch together if time permits and especially if they are going to discuss them. Videos feature expert speakers such as J.P. Moreland, John Stonestreet, Jeff Myers, Frank Beckwith, and Alex MacFarland.

I mentioned earlier that two weeks are allotted to the topic of each chapter in the book. During the first week, students concentrate on reading from the textbook and completing an assignment. For those meeting for group classes, class time during the first week is used for discussing and taking brief quizzes on the reading and video assigned for the previous week. Those working with only one or two students need not worry about distinctions between class time and homework.

The assignments that are part of the first week’s work are presented as letters from a friend named “Doug” who is away at college. Doug is asking for help as he tries to sort out worldview questions. The questions to be answered are embedded in each letter. Students are to write out their answers to each one, which they might do as they read through each chapter. An answer key provides suggested responses so that parents can easily check these. The second week, students will turn in their assignments, take a test on the chapter of the book they read last week, read supplemental readings, and watch a video.

You do not need to stick strictly to this sequence of activities. You might find it more helpful to have a student take the quiz just after watching a video rather than waiting. Or you might prefer to discuss that video before they take the quiz. You will need to fine tune your own schedule, especially deciding when and how often to meet for “class time.”

Reading can be done entirely online or students can purchase copies of the hardcover book and student manual (that contains other required readings). The online textbook has extensive features. It saves your place or you can bookmark particular places. You can quickly jump to various sections within a chapter or you can search within either sections of the book or the entire book. Students can also highlight and take notes in the margins of the digital text. While the online text is great, some students might still prefer a physical book, possibly because it is easier for them to do the extensive amount of reading offline (and off a computer) or maybe because they want to highlight and mark up a book that they will keep permanently. Similarly, students might want to mark up their student manual. The choice as to which format to choose comes down to personal preference.

The course includes brief, multiple-choice quizzes on some of the video and reading assignments as well as a lengthy test on each chapter. Quizzes and tests need to be printed out. Answer keys are included online. The system does not track student progress or scores.

Those who used previous versions of the UTT course should be interested in knowing that in the newest version all of the course content is more sequentially organized in the textbook as well as in the other course components. There is much less repetition; the course seems more concise.

Content has been updated in many ways. The new book is based on thorough research of current information and includes extensive lists of footnotes. The six worldviews are given fairly equal attention in contrast to earlier versions. This is particularly helpful for understanding Islam, a worldview whose acceptance has grown rapidly in recent years. Similarly, increased attention to Postmodernism is very helpful.

In addition, the new book and course deal with topics from a broadly Christian context, treating opposing worldviews with fairness and respect. Past versions sometimes addressed issues in a way that gave students a narrow Christian view without really preparing them well to understand those with other views. The course builds on worldview principles that are agreed upon by almost all Christians. The most obvious example is that it does not take a position on the age of the earth even though that is a critical doctrinal point for some Christians. Instead, it briefly presents three common views regarding the origins debate that are held by Christians but makes no judgment as to which is correct.

For the online edition, there are two different versions of the course. To use the Christian school/co-op version you must have no fewer than three students. For the homeschool version, you can have no more than one teacher and three students. There are slight differences in the versions. The major difference is that the school/co-op version schedules time for discussion questions. In addition, the homeschool version shows weekly assignments rather than daily assignments, although all of the material is covered. For both versions, you pay licensing fees each year depending upon the number of teachers and students.

To use the hard copy material, you will receive essentially the same experience. Each student will need a textbook and student manual while each teacher will need a teacher manual to have answer keys, tests, quizzes, etc. Costs per student can end up being slightly more if purchasing a textbook separately for each student and teacher because it is included with the student and teacher license in the online option.

You can be up and running with minimal effort with the homeschool online version, the version I reviewed. All that you need to do is create one student account. I understand that it takes a little more effort to set up a course for a group class. Tutorials that should be helpful as you get started in the course are available at http://understandingthetimes.com/tutorials/. Some tutorial videos such as the one on the textbook will be helpful even for those using the homeschool version. For those teaching group classes, tutorial videos about setting up group classes should be especially helpful.

I taught earlier versions of UTT and was impressed with how well it engaged student attention and how effectively they learned. As with the previous editions of the book, the new book will still be challenging for some students—it seems to be written at a college/adult level rather than for high schoolers. Schools using the course often label it as an advanced or honors level course because the content is more challenging than typical high school courses. On the other hand, the video presentations and the letters from Doug better target a teen audience, and I suspect they will be important tools for helping students grasp the main ideas.

Years ago I wrote that I was so impressed with the course that I thought it or a similar course should be offered to (or maybe even required of) all Christian teens and parents. That feeling is reinforced with the latest versions. Even better, the ease of use of this revised version of the curriculum and the reasonable pricing remove two of the most significant barriers that used to exist for many families.