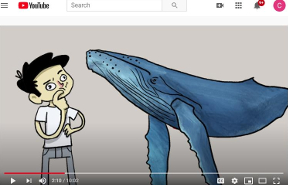 Discovery Science has produced the first three in the Long Story Short series of brief videos on topics related to the evolution debate. (Discovery Science is part of the Discovery Institute which supports research by scientists and scholars that challenges aspects of neo-Darwinian theory and also advances the scientific theory known as intelligent design.)

These free, online videos are exceptionally well done, humorous, and educational. They use cartoon figures and graphics in fast-paced presentations. While the videos are great for teens and adults, they are also useful students from about fifth grade and up who have some science background. The style of presentation makes the videos easy to understand as well as fun to watch. The videos available thus far range in run times from about eight to twelve minutes.

"Is Homology Evidence for Evolution?" challenges the fundamental evolutionary concept of common ancestry. It addresses the use of homology as an argument for evolution by first explaining the concept of homology as it has come to be defined: "similarity due to common ancestry." I checked Merriam-Webster's definition myself, and sure enough, the definition says: “likeness in structure between parts of different organisms (such as the wing of a bat and the human arm) due to evolutionary differentiation from a corresponding part in a common ancestor.” The video takes issue with evolutionists simultaneously crediting evolution as the only possible explanation for homology and trying to then use homology itself to prove that evolution is true—a case of circular reasoning. The video points out that evolutionists leave no room for other possible explanations for homology such as a common designer. This eight-minute video also addresses the use of DNA as evidence of common ancestry, pointing out problems with that approach.

"A Whale of an Evolution Tale" investigates the evidence that has been used to support a belief that land mammals transformed into whales. It homes in particularly on arguments presented by the well-known evolutionary biologist Jerry Coyne in his book Why Evolution is True. Coyne claims that whale evolution is one of the best examples of evolutionary transitions. The video demonstrates the problems with this explanation by using the fossil record. It shows how the supposedly transitional creatures totally undermine the argument by refusing to fit into the required chronological order. This ten-minute video also addresses the time required for mutations and the mathematical impossibility of there being enough time for sufficient mutations to occur.

"Challenge to Origin of Life: Cell Membranes" explores the structure of cell membranes. Then it raises the conflicting requirements of cell membranes to filter out some things and not others—selectively impermeable membranes. This video presents a version of the irreducible complexity argument that undermines the evolutionary claim that complex, biological systems developed gradually.

These videos are a great way to introduce important arguments against evolution to a wide audience.