Frog’s Rainy-Day Story and Other Fables 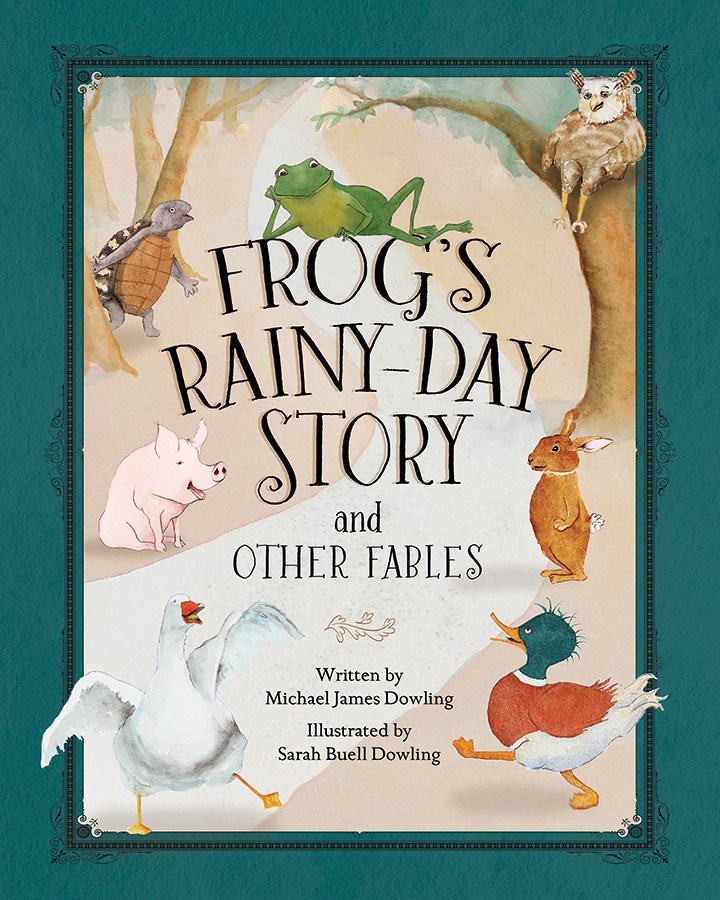 Frog’s Rainy-Day Story and Other Fables doesn’t fit into a curriculum category, but this is a book that should be very appealing to Christian homeschoolers. This 72-page, hardcover book presents eight fables based on biblical principles that can be used for entertainment as well as for character building and moral instruction.

Here is one example. In “Turtle’s Favorite Turtle,” Turtle and Grasshopper are conversing on a log. Turtle is full of himself, saying things like, “Whatever I believe, I can achieve.” He’s so busy bragging about how he’s in control of his own life that he doesn’t notice that the log is about to be swept over a waterfall. The final image is of the log just getting ready to fall over the edge, with Turtle aboard. The moral at the end reads, “Those who puff themselves up in their own eyes, are likely to have an unpleasant surprise.”

These fables are similar in length to Aesop’s fables, with each one easily readable in one sitting. The fables are beautifully illustrated with lively, full-color drawings that will delight young and old alike. The illustrations will be especially helpful for younger children since the animal characters are drawn with dramatic expressions that support each storyline.

The morals of the fables have to do with themes such as humility, obedience, and the source of true happiness. The book is not just for children. As with Aesop’s fables, there’s much food for thought for an older audience as well.

Autographed copies are available through the publisher's website for $18.95 each.

Frog's Rainy-Day Story and Other Fables