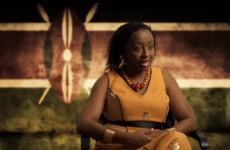 The Poverty Cure video course has been produced by PovertyCure, “an international network of organizations and individual seeking to ground our common battle against global poverty in a proper understanding of the human person and society, and to encourage solutions that foster opportunity and unleash the entrepreneurial spirit that already fills the developing world.”

People around the world are well aware that there is tremendous economic inequality and huge numbers of people that live in extreme poverty. Because of that, governments as well as non-governmental organizations (NGOs), private charities, and individuals have contributed money and goods to attempt to solve the problem. PovertyCure reports that “during the past 60 years, the developed world has sent more than two trillion dollars in assistance to poor countries. “

This video series takes an unusual approach to the issue. Host Michael Matheson Miller traveled all over the world to explore what works and what doesn't work in terms of poverty solutions. Miller does not just ask whether or not material or financial aid is getting to those who need it. He digs deeper to find out whether the aid is truly helpful or whether it causes harm through unintended consequences. Presented from a Christian perspective, the series examines the impact of aid or other forms of assistance on people with concern that people be seen as more than just mouths that need to be fed. The series continually emphasizes both the dignity and creativity of individuals. The poor are often willing to work very hard if they can see that there is the possibility of improving their situation.

In Poverty Cure, Miller interviews a number of people who came from extreme poverty but were able to become entrepreneurs, some even growing their businesses to a point where they can employ others. He also interviews political and religious leaders along with those who work with organizations to solve the problems of poverty.

Miller identifies obstacles that prevent the poor from escaping from their situation, obstacles such as a lack of property rights, the lack of the rule of law in their country, and injustice. He also looks at globalization, looking at both the dangers and opportunities it presents for the poor.

Educational challenges are also addressed. James Tooley, whose work I am familiar with through his intriguing book titled The Beautiful Tree, provides insight on educational solutions. Tooley's research has shown that government-funded schools for the poor in countries such as India and Africa often provide a very poor education. Indigenous entrepreneurs with little to no funding have started their own private schools that have flourished outside the regulatory boundaries to provide a real education to some of the poor who are most desperate to have their children escape the cycle of poverty.

Microfinance to help the poor start their own businesses receives high praise along with some cautions about its implementation. Miller also looks at how local churches in poor countries can influence both their congregation and their local culture by encouraging “thrift, honesty, and enterprise.”