PragerU Videos for Kids and Teens

Many homeschoolers are aware that PragerU created free, five-minute videos for teens and adults on important topics. Lots of those videos make excellent supplements for topics students are studying.

PragerU is also creating free content specifically designed for younger audiences. The videos are available on the PragerU website under the “Kids” tab. The following are brief descriptions of the main series and what’s available as of July 2022. 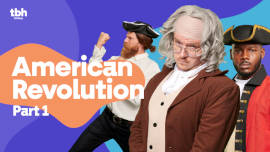 TBH (To Be Honest) History is a series of videos teaching about critical points in history through narration, images, and skits. The target audience is about grades five through twelve. Students younger than about ten will probably enjoy watching, but they probably won’t be able to keep up with the amount of information conveyed.

The skits are often silly, but they make serious points in a memorable fashion. Each video runs about ten to fifteen minutes.

There are eight videos thus far with more being added. Those available as of July 2022 are:

The selection of topics reflects PragerU’s goal of educating all ages with information about influential ideas and philosophies. Much of this information is pertinent to current issues although the videos usually leave it to their audiences to make the connections for themselves.

The videos about the American and French revolutions, for example, contrast the ideas, actions, and results of both revolutions. There’s a political point of view behind the videos that tends towards conservatism and libertarianism.

You might expect the videos to be supportive of Christianity, but they seem more libertarian in this respect, often treating religious figures as oppressors who want to protect their own authority. For instance, the video on the Scientific Revolution never mentions the Catholic Church’s funding of scientific work and the fact that a number of priests and monks are among those responsible for the scientific revolution.  Instead, the Catholic Church is made to seem the enemy of science. Even so, this series of videos should be an entertaining way for children and teens to learn some important ideas along with some history.

Around the World Series

This new animated series for students in about fifth grade and up teaches about social, political, and economic issues with stories about specific countries. The content is quite substantial as each video explains the causes and results of various policies. These videos should hold the attention of adults, maybe even more than children. Only one video is available thus far, Venezuala: Vivi's Life Under Socialism. Three more videos should be available soon:

Created for teen audiences, the How To series addresses personal development issues using narration and skits. These videos each run about five minutes or less. There are quite a few videos in this series with more being added. Among those available thus far are:

These videos are likely to be more successful vehicles for conveying this sort of information than instruction from parents. 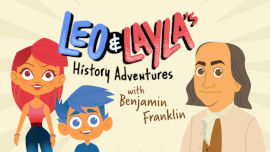 These animated, cartoon videos take Leo and Layla through time and distance to have conversations, usually with influential people, to learn about important ideas and events. For instance, they visit with the late Aleksandr Solzhenitsyn to learn the importance of freedom of speech. These videos run about ten minutes each. The amount of animation is limited compared to most other animated cartoons and stories. The conversations between characters are the main point, and they convey quite a bit of information. The level of information in some of them makes these videos useful for students beyond the target audience of grades three through five. They sometimes oversimplify complicated topics, but they are still useful for introducing topics to a younger audience.

The titles in this series shown below all begin with Leo & Layla's History Adventures with... Some of the titles in the series are: 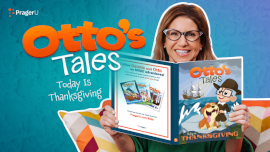 Otto’s Tales are for younger children, probably about kindergarten through third grade. In these videos, someone reads aloud one of the Otto’s Tales books that teach children positive values and virtues along with patriotism. Some of the stories are retellings of classic stories, and some are presented in rhyme. The videos use illustrations from the books along with some animation. Examples of just a few of the many titles in this series are: 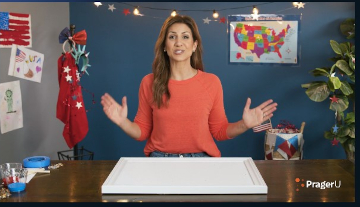 Craftory is a series of videos hosted by Jill Simonian to celebrate American holidays and values by making craft or food projects. For example, in American Flag Cork Board, Jill shows how to make a flag on a white corkboard. In Apple Pie, Jill shows how to make an apple pie baked in a microwave oven while discussing why apple pie is considered the quintessential American dish. In Thankful Jar, Jill shows how to make a Thanksgiving jar while sharing the story of the Pilgrims and the first Thanksgiving. In Ship in a Jar, Jill tells about Christopher Columbus while viewers make a simple model of a ship in a jar. Some of the craft projects will be more practical to do than others, but the videos convey plenty of history even if you don’t actually do the crafts.

These videos are supposed to be for children, but adults will need to be heavily involved in most of the projects. The videos run fewer than ten minutes each, so you will need to pause them if you are trying to do the projects along with Jill.