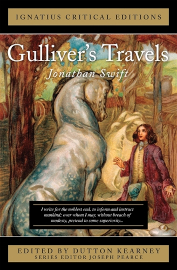 The introduction to each of the study guides for the Ignatius Critical Editions explains the rationale for new editions of these books. The introductions first tell why the great books are foundational for understanding western civilization, information that is repeated in each volume. Then they continue:

But read alone in our postmodernist context of radical skepticism, the great books can easily be misunderstood and used for all manner of mischief. It was precisely a desire to provide a deeper understanding of the importance and influence of the great books—to highlight what is true and great in them and to expose and defang what is false—that inspired Ignatius Press to initiate its important Critical Editions series (p. 8).

In the study guides, the editors of the series state that the perspective of both the commentary and articles in the Ignatius Critical Editions, as well as the content of the study guides, is “tradition-oriented.” They add, “If you are unable to think outside the postmodern box, this guide is not for you” (p. 11). Consequently, the commentary and articles often reflect a Christian worldview or at least a worldview that adheres to the idea that there are moral absolutes, great ideas to ponder, and much to be learned from those who have gone before us.

Each of the Ignatius Critical Editions has an introduction by an expert on that particular literary work plus a number of scholarly essays by various authors in regard to the work. Biblical allusions and quotations are often included since the Bible has played (and continues to play) a critical role in the formation of western civilization.

The introduction to each Ignatius Critical Edition generally presents the historical context for the literary work, some biographical information on the author, and the key themes of the work. Most of the Ignatius Critical Editions have about six scholarly articles that follow the unabridged text. These articles are each written by a different author to address some topic pertinent to the particular literary work, so they differ greatly and don't necessarily coordinate with one another.

The introductions and articles are generally written at a college level. Students in ninth and tenth grades who have already been introduced to literary analysis and the exploration of the ideas found in great works of literature should be able to read and think at this level, but other students might need those first couple of years of high school to prepare for this level of study. 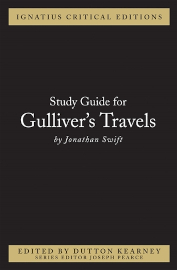 The next section in each guide, Bare Bones, summarizes the plot. These summaries run about ten pages, so they offer quite a bit of detail.

Words Made Flesh: Summary of Critical Appraisals and Study Questions is the title of the next section. It includes short summaries of what the editor considers essential critical points made in the introduction to the Ignatius Critical Edition and in each of the articles. There is an entry for each of these, followed by a series of three questions. These articles and questions are extremely helpful for teachers to use to guide student work.

The next section in each study guide, "Things to Think About While Reading the Novel" [or whatever the genre of the work], should probably be read through by students before they read the literary work. This section highlights things such as key themes, historical aspects, and literary techniques that students should pay attention to while reading.

Following this are Study Questions. The questions are presented in two sections: Knowledge of the Text and Essay Questions. The first group of questions has mostly What, Where, Who, and Why type questions that rely on students’ comprehension of the text. These generally require answers no longer than a sentence or two. The essay questions require deeper thinking and lengthier answers. Answer keys are included for both types of questions, and the answer key pages are perforated for easy removal.

Ideally, students will read one of the Ignatius Critical Editions and discuss the work, the introduction, one or more of the articles, and at least some of the questions with others. If there is no one available to read and discuss the literary work or the articles with, a solitary student can still use the section of study questions for independent work.

I have reviewed many guides for studying titles from the list of great books. Many of those guides take a decidedly secular approach, often ignoring key themes or ideas that might lead into the spiritual realm. The Ignatius Critical Edition series fills a need for resources that help students learn how to read in order to access the ideas their authors intended and to learn how to ponder some of the deep questions about life raised by the great books.

Price comparisons are shown for only a few titles. Study guides can be purchased from the publisher.

A Tale of Two Cities: A Story of the French Revolution