The Science of Steam Engines 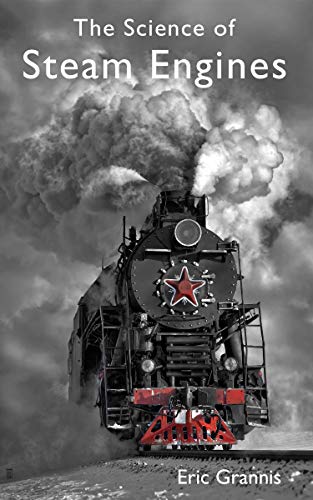 The Science of Steam Engines is actually a broader study of the development of engines in general and the mechanisms by which they perform work. It begins with waterwheels and windmills and continues up through steam turbines in nuclear power plants. Illustrations on every page of this full-color book (Kindle format) help the reader understand the scientific principles while showing many of the different “contraptions” that were invented along the way.

This 142-page book can easily serve as your science curriculum for at least a month or two for students in grades five through eight. The content is so fascinating that older students and adults will probably also enjoy reading it. Questions for each section are found at the back of the book.

Author Eric Grannis has a gift for explaining scientific principles in ways that even a ten-year-old can understand. For instance, he shows how a straw works, then he shows how the same principle was at work with the invention of the "miner’s friend" which was used to draw unwanted water out of mines. Grannis uses six pages to illustrate and explain the complex system of the miner’s friend, teaching students about a number of scientific processes such as valves, steam, condensation, pressure, vacuums, and atmospheric pressure along the way. Teaching concepts such as these within a context like this makes it much easier to grasp them.

As Grannis presents each invention, he tells stories about people trying to solve particular problems. By the time he comes to the steam engine, it is clear that this was an invention based on the work of many people from around the world rather than one ingenious man. Step by step, different inventors contributed advances to the steam engine until it became dependable and financially practical enough for broad usage.

Along the way, students learn a great deal about the mechanics of machinery: wheels, gears, axles, levers, rods, pistons, boilers, and so on. They also learn about other concepts such as kinetic energy and centrifugal force. While early lessons discuss different types of mills, much of the book’s focus is on the development of engines used by boats, ships, precursors to cars, and trains. The entire book is fascinating for both the science and the history.

The Science of Steam Engines